This was written in April 2008 in response to an article in the Guardian by Charlie Brooker, in which he mocked the ‘dorkishness’ of early computer games. The Guardian declined to publish it. 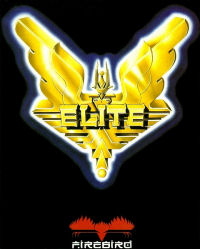 I’d been an avid (and truly pathetic) player of Pac-Man and Space Invaders for some years before Acornsoft’s Elite (1984) came along. I have a memory of that fine SF writer George R. R. Martin playing Space Invaders at an SF writer’s workshop in Milford on Sea, spending much of his earnings killing the descending beasts. (He also liked his food and real ale, which is why we became friends.)

Another fine science fiction writer, Harry Harrison (he of Deathworld and Make Room, Make Room – adapted as Soylent Green for the screen) called me one day in 1984. He’d been offered the job of writing a short story to go with Elite. He didn’t fancy it.

I did, however; although I knew nothing about Elite. It was an invention by Cambridge post-graduates Ian Bell and David Braben.

The dosh was acceptable, the proposed wordage easily tasked. And after having spent a couple of years in the world of horror and fantasy I was eager to get back to a dash of SF.

I met Ian and David in Cambridge. They were young lads, very bright, enthusiastic. I wouldn’t call them ‘dorks’. They would go on to make good money because of their conception: a 3-D Space game.

I accepted the project with enthusiasm. To write a novella that showed the basic rules of the game, but with characters? Easy! An original notion on top? No problemo. Notions abundant. I had only one problemo: I was hopeless with games.

I was given an Acornsoft computer (later nicked by some hanger-on during one of my parties). I remember the hollow 3-D, the stars seen through the spaceships, but also that wonderful sense of being able to look around, to flick the vision backwards, forwards, to the side, spotting the ‘incoming’, avoiding asteroids. Elite really did establish the new generation of computer games. And it was fast.

Another fine SF writer, Brian Aldiss, told me that he’d found his teenage son playing Elite. Spotting my small, attached story, he made mention that he knew me. His son’s eyes widened with new respect for his father. You know him? In a small life, small comforts matter. Brian and I laughed. We agree that we must never be blind to the processes that inspire the young, whether 3-D or quick fiction. In all of this, Bell and Braben were the key.

As a failing Elitist, Ian (or maybe David) fiddled with the computer to assist me. Suddenly I was able to become Elite. I don’t know what they did. I guess it was an early form of hacking.

Bell and Braben, as I understand it, fell out in later years. That’s sad. But two young men with inspiration and insight started something that most certainly was not ‘dorkish’. It took you into a random game of survive or die. It brought, through Acorn, a Universe alive, a Universe that until that time had been very much the realm of imagination through fiction. 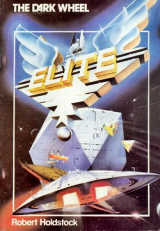 That said, Elite was transforming. In an age when we are used to CGI effects so clean and crisp that we wonder why we bother with actors, it’s hard to remember how brilliant it was to float and surf the galaxies, pirates on the one side, space police on the other, and always that sense of speed. In 1984, to move fast through a created Universe on a crude pc and screen was a wonderful thing.

I wrote a short story to support the game. I could never have achieved Elite status without Bell or Braben’s interference in the wiring. I wrote The Dark Wheel in July 1984. Someone nicked my pc. But that’s OK. Elite was about imagination. 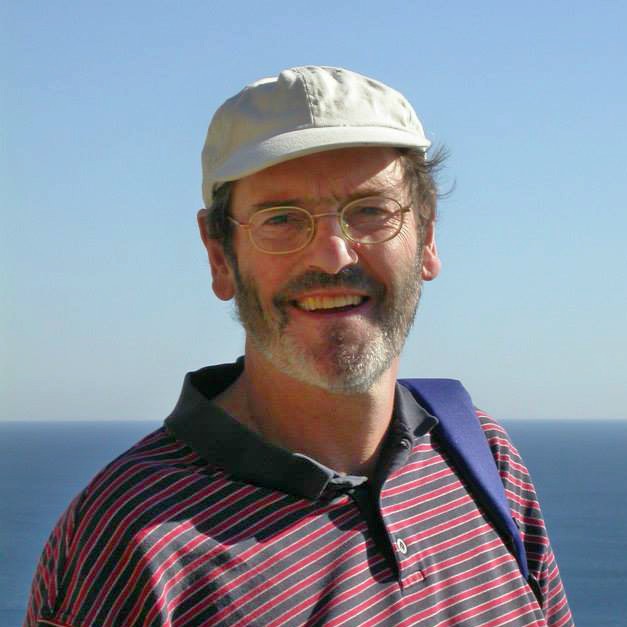